Our Progress in Scouting

In May, 2003, our Bear den started working on Webelos advancement - Picture. We had our first den campout in May - Picture

We attended Webelos summer camp in July, 2003 - Picture and had thousands of mosquitos, a couple of thunderstorms, and one tornado. By surviving this campout, everything from here on will be EASY! 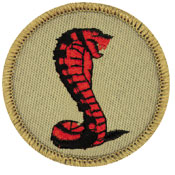 All scouts in the den earned Webelos rank badges on January 29th, 2004 - Picture. We had a meeting to choose a den name and emblem, and to create a yell and flag. We became the Caterpillar Crushing Cobras.

In August, 2004, we attended Webelos camp again. This time, we joined with a den from Monticello and found out that scouts all over the place play 'RuneScape' online. We called ourselves the Lama Clan for the weekend - Picture 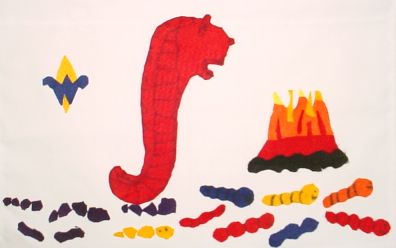 On February 25, 2005, all 10 Webelos scouts crossed over to Troop 479 to continue their scouting experience as Boy Scouts - Picture. They were split into the Buffalo Bills and Roadrunners patrols along with some other scouts. 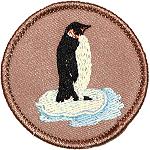 Over the next 18 months, some scouts dropped or moved away causing the patrols to merge into the Penguin patrol in September, 2006.
For a year, they continued on, advancing in ranks and growing in maturity and leadership skills. They were a patrol of 7 scouts, all of them doing very well and remaining active in scouting.
Then, the patrol of scouts a year younger than the Penguins requested a change. When they first started, there were only 4 scouts in their patrol. They were successful in recruiting 2 more, but they were just trying out scouting. In September of 2007, their patrol had 3 very active scouts left and they were struggling to feel like a patrol. 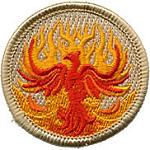 The Penguins accepted their request to merge patrols yet again and the Phoenix patrol was formed from scouts that had originally been in 4 different patrols - Picture.
These 10 scouts continued on together for the next 3 years as the core leaders of their troop - Picture - Picture. Finally, one new patrol member was added when he transferred from another troop - Picture. Over the past year, in 2011-2012, all of the original Tiger scouts have aged out, turning 18.

Of those original 5 Tiger Cubs, one dropped, one moved away and earned his Eagle with another troop, and three earned Eagle here. Of the 5 scouts that joined the den later, three dropped and two moved away.

Following are the badges and pins earned by each scout in our group...

A fantastic idea for a pack website! I would love to start a timeline like this for my boys.  How and where do I find it or put it together?  Loving your site, thanks for all the ideas and insight!

Your didication in documenting the progress of your Scouts is inspiring!  I hope they all appreciate your effort and the love this represents.  My sons joined Scouting as Bears and have just be earned First Class. I'd like to create something like this for them

I loved it too, and when my den crossed over to scouts last week I posted this on our picture board.  All I did was copy and paste this chart into a word doc. and made name changes and badge changes.  I used the same pictures but changed some of the ordering, worked perfectly.  Good luck!!

how or where do I find the above spread sheet like above with names, badges, dates comments. looks like a perfect report format. ???

@mike - No spreadsheet.  I just made the page to show their progress.  Lots of advancement tracking programs, like troopmaster, spit out reports of scout progress - your troop might be using one of them.  TroopKit.com is used by Troops (and Packs) to manage things like events, meetings, gear, calendar, and communications - it lets scouts track the ranks and awards they earn.